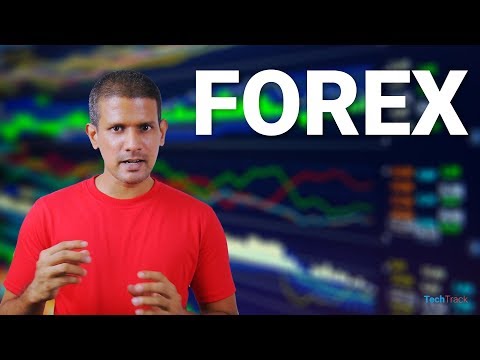 Gentlemen, Ladies and those otherwise addressed - we know you've been waiting for a good thing, and the survey results are finally ready!
The answers were collected from you all during August 2020 with 1428 unique replies. That's a participation of 0.5% of all subscribers! That's really not too bad, when you keep in mind how popular these kind of surveys are. But we here at /peloton want to show you that this is all about presenting the information in the subreddit to cater better to our audience!
Updated after a few hours to include some the final edit that for some reason wasn't copied properly
Without further ado, let's get cracking on the response

Largely the same picture as ever, with the US leading the way, the UK in second and then a sliding scale of Europeans countries. Slovenia continues to pick its way up the pile for obvious reasons!
World Map to demonstrate

Pretty much the same as last year, with the usual reddit demographics of majority 20 somethings dominating.


4. How much of the men's season do you watch/follow?

Whilst GT following may be down (somehow), all the lower level stuff is up, which makes sense considering how desperate we have been for any racing during the season shutdown.


5. Do you maintain an interest in women's professional road racing?

Still very much a half/half interest in women's cycling on the subreddit.


6. How much of the women's season do you follow?

The following is true for the half of you that follows womens cycling.


7. How long have you been watching cycling?

Simplified the years a little this time, but whilst we have a fair number of newbies, most people have picked the sport up since around 2013/14.

8. Do you have like/dislike feelings about WT teams?

Once more, 14.4% of people really don't have feelings on the subject.
Of those that do:
So, the most popular team this year is Jumbo-Visma, followed by Quick-Step & Bora-hansgrohe. Least popular are Ineos & UAE.
As per usual, no one cares about NTT & CCC, with nearly 81% of users rating NTT as meh. Pretty damning stuff.
Lastly, we have the usual historical comparison of how teams have fared over time, normalised to respondents to that question on the survey.
Things to note then, firstly that the Astana redemption arc is over, seeing them back in the negative, maybe Fulgsangs spring issues helped aid that? The petrodollar teams of UAE & Bahrain are stubbornly negative too, with Israel keeping up the Katusha negative streak. Meanwhile, at the top end, EF & Jumbo go from strength to strength, whilst some others like Sunweb are sliding over time - their transfer policies no doubt helping that.


11. Out of the sports you practice, is cycling your favourite?

A new addition to the survey prompted by a good point last time, just over half of us rate cycling as the favourite sport we actually do.

Football always tops the charts, and Formula 1 continues to rank extremely highly among our userbase. Those who have a little following below 5% include Sailing, Fencing, Surfing, Boxing & Ultra-Running.
Other cycling disciplines


13. Out of the sports you follow, is cycling your favourite sport?

Good. Makes sense if you hang out here.

14. How often do you participate in a /Peloton Race Thread whilst watching a race?

Slightly less invested than before, reverting back to an older trade.

Year on year, paid streaming services go up - the increasing availability of live content legally continues to improve, and so do the numbers on the survey.


16. Where else do you follow races live (in addition to watching them)?

The PCS liveticker continues to have a strong following, whilst the cyclingnews ticker slowly slides into less usage over time.


17. Do you use /Peloton mostly in classic reddit or redesign when on the desktop?

Time to abandon ship. The end has come.


18. With what version of reddit do you browse the sub?

Phone browsing is very much in vogue.

Other bits and bobs

20. Did you think back in March we would see any more racing this year?

Despite the threat, we have seen racing again


21. Will we manage to fulfill the rest of the UCI calendar without further Covid-19 issues postponing more races?

Sorry to you 25%, Amstel, Roubaix & a bunch of other races have falled foul of COVID-19 related cancellations.


22. When did you become aware of Alexander Foliforov?

If you didn't know of the man, watching him demolish the Giro field in 2016 on the stage 15 ITT should help to gain understanding

We can safely say that most of us were wrong about this one.
That's not a lot of confidence in Richie Porte either, the man who was to finish on the third spot of the podium. Alexander Foliforov (0,23%) had just a tiny number of votes less, and that man wasn't even in the race.


24. What for you was the defining cycling moment of the previous decade?

We had a lot of brilliant suggestions, but these were the clear five favourites when we tabulated the results.
Honorable mentions go to the Giro 2018, which had Tom Dumoulin winning, and of almost identical fascination to many of you - Tom Dumoulin going on someones porta-potty in the middle of the stage.
Little bit of recency bias perhaps, but that's better than ignoring that this was for the last decade and firmly insisting Tom Boonens 2005 WC win was the biggest thing. Special shoutout to almost all the Danes present in /peloton who voted for Mads Pedersens WC win last year. It's an understandable reaction.


25. Any suggestions for the Survey?

New Questions
We promise to feature one of these suggestions in the next survey
Suggestions
We will try to implement this. But it will also skew results.
About the Survey
The subscribers are torn on Women's cycling, nearly a 50/50 split there as the survey showed - The moderators at /peloton are firmly in the "more cycling is better" basket, and we will continue to get as good coverage of womens cycling as possible.
Are you trying to give the moderators PTSD? Because this is how you give the moderators PTSD.

ALSJFLKAJSLDKJAØLSJKD:M:CSAM)=#/()=#=/")¤=/)! - Your moderator seems to be out of function. Please stand by while we find you a new moderator
The Weekly threads are great for these types of questions, where several people can contribute and build up once it is understood which information is relevant.
Our experience is that "limited" will never be so, if we're going to moderate it fairly. Moderating is not a popularity contest, but believe it or not, we're actually trying to be as fair as possible. and for that, we need rules that are not subjective. Unless you have a stationary exercise bike.
All of these are good suggestions, but remember that all of you can also contribute - The mods are sometimes stretched thin, specially in the middle of hectic race schedules. It's easier if one of you has a way to contact a rider or a person of interest and can facilitate the initial communication.
We've worked on this! The Official Standard is now as follows: [Race Thread] 202x Race Name – Stage X (Class)
This sounds as a nice community project for the after-season, and hopefully many of you subscribers can contribute.
Come with suggestions on how to tidy it up!
We have chastised all the mods. They are now perfectly trained in gender-neutral pronouns. Be well, fellow being.
If we can implement this for hard liquor, you know we will.
The spoiler rule is one that is discussed frequently - in general - some users absolutely hate it, but a majority love it. Perhaps we'll include a question in the next survey to see how this divide is exactly.
We actually do - whenever there is a matter of life or death, we think public information is more important than a spoiler rule. But at the same time, we try to collect all the different posts into one main thread, so to keep things focused and letting very speculative posts meet with hard evidence from other sources.
This is a tough ask of the internet. While we can agree that voting should be done accordingly to what insights they bring, not subjective opinions, it is very hard to turn that type of thinking around. We can ask of you, our subscribers, that you please think twice about hitting that downvote button, and only do so because of you think a post is factually incorrect, not because it differs with your own subjective opinion.
That's the primary analysis of the survey! Feel free to contribute with how you experience things here!

greetings, i'm bones, the aggro/midrange player of TESL and i have a few things i wanna talk about. They directly correspond to, like, practically every complaint i hear recently, especially in relation to gameplay. It's worth noting that some of these can't be blamed on our current developers, Sparkypants, because they come from darker times of neglected client, so don't go shopping for pitchforks for the amount of stuff that'll be covered in this post, but with that said, let's go through this stuff, one by one.
I want to divide this post into 3 sections:
i'll make the subsection names pretty bold so if you're interested in only one specific part feel free to scroll down to the section of your choice
starting with

BETEX has been added to WISERICO tracker
Vote for the BETEX on WISERICO and follow BETEX on the media platforms:
Telegram Twitter Facebook Medium
Powered by Ethereum smart contracts, Betex brings indisputable transparency, fair conduct, and audible results to the binary options trading. With Betex, traders will be placing bets against each other and never against platform providers or any other intermediaries. Built with Blockchain technology, unlike traditional platforms, Betex will provide access to real-time data, thereby, ensuring absolute transparency of its system. So there is no doubt that all users are treated equally and fairly. Users will be forming one large common pool of liquidity for each underlying asset in order to maximize users’ gain. The platform’s commission will be 5% only, the liquidity will be derived from a common pool of brokers, and brokers themselves will integrate into the platform via the white label mechanism. This is the only platform, where as much as 95% of funds are distributed among traders who make correct assumptions. 2.5% (half of the platform’s commission 5%) of the total platform turnover will be distributed among the holders of BETEX tokens, accordingly to the number of tokens they own. We have got good news for you, though. We are launching a revolutionary peer-to-peer platform for binary options, BETEX, that will substantially improve the way betting is done. We designed a radically new business model to shift user mindset from worrying about the integrity of platform providers to focusing on own capacity to make profit.
BETEX

Elite Merchant is a trade route calculator we developed over the past 26 days.

The prominent features of this tool, in contrast to others are:
The tool utilizes the database provided by EDDB. ( http://eddb.io/api )
This is the first release of this tool and we're aware it's not the most polished product yet, so please report any bugs, feature reports or other gripes on our issue tracker ( https://github.com/BeTeK/EliteMerchant/issues ), or discuss in this thread.